There was an air of purpose and anticipation as members of the Salvation Army Symphonic Wind Ensemble converged on Shipley on Saturday.  Despite the majority of the band having travelled extensive distances, they were soon practising hard to put the finishing touches to their musical programme. 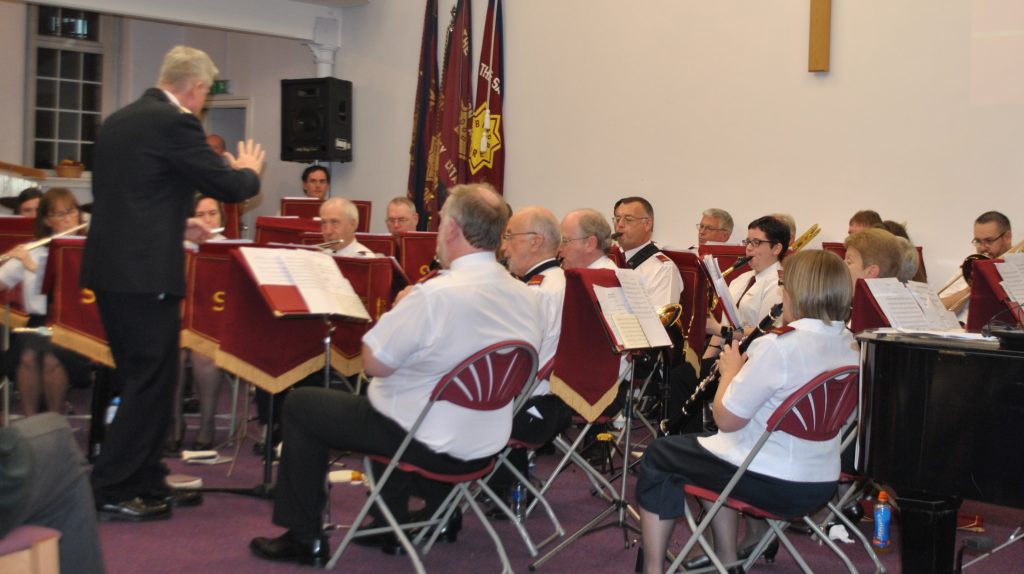 Planning for the event had begun a couple of years earlier when an invitation was extended after hearing the playing and enjoying the ministry when the band visited Brighouse.

As darkness fell and the audience began to gather, there was a renewing of friendships together with those coming to hear this unique group for the first time.  Despite the nervousness about the very young baby right on the front row, it was clear from the very first notes that the capacity audience were in for an entertaining evening. 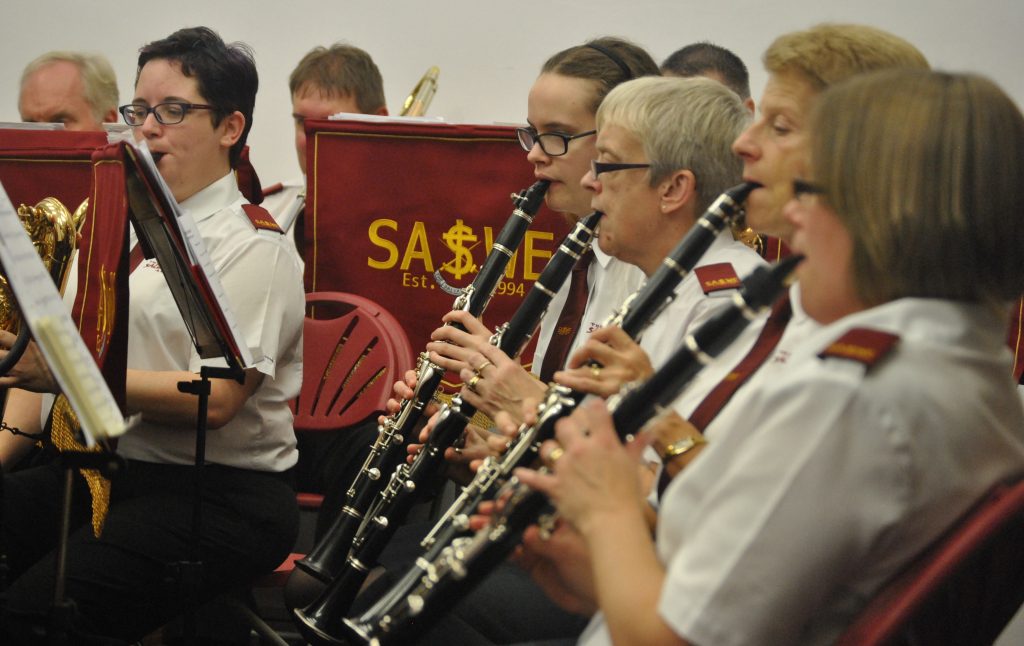 The band, under the direction of Andrew Mackereth, provided an exciting and varied programme which offered something to appeal to everyone.  From the opening celebration, ‘Réjouissance’ (A Laken) to the concluding challenge, ‘The Presence and the Power’ (A Mackereth), the music married excitement, precision and sensitivity.

The evening included lots of audience participation.  In addition to the congregational songs, everyone was invited to sing a long with Shipley Worship Group as they presented a ‘Spiritual Medley’ and ‘I will follow you’.  There was also plenty of singing to the band pieces, although Barrie Hingley’s arrangement of ‘Marching to the Devil’s Tunes’ might not have seen everyone singing from the same hymnsheet.

Our next engagement will be a Festival of Music at Morley Salvation Army, on the evening of Saturday 5 March 2022. We look forward to seeing you there!